Backward Leadership: From the Outside In 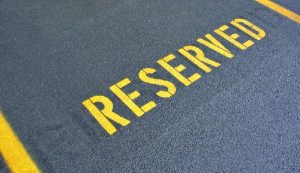 Early on in our careers, each of us has probably worked for an outside-in leader. We’ve all known them. They’re the ones who believe that their position and their power determine their strengths and their abilities as leaders.

They’re the Privilege Takers, those who enjoy reserved, front-row parking spots while fellow employees trudge in from the back lot through the snow. They’re the Supreme Rulers, leaders who equate their employees to servants who should only do what they are told. They’re the Micromanagers, individuals who cannot trust their team to make competent decisions.

The problem is that outside-in leaders are only fooling themselves!

Everyone knows that outside-in leaders don’t regard their team as their passion. Instead, they are a possession. A means to a bigger paycheck, a bigger office and, consequently, a bigger ego.

On the contrary, those who lead from the inside out lead from the heart. They know that what they have on the inside – their character, their morals, their stewardship mindset – is how they influence others on the outside.

If you’re a member of John Maxwell’s Maximum Impact Club, or if you read Monday’s post on Leading from the Inside Out, you already have a good idea of what it means to be an inside-out leader. Basically, inside-out leaders “get” that it’s not about them.

This subject is so important to me that today I want to touch on five more characteristics of inside-out leaders.

•  Inside-out leaders teach the team how to make decisions. Show them the philosophy behind your decision-making so that in time they’ll know your heart and have the confidence to make good decisions on your behalf.

•  Inside-out leaders consider themselves part of the team. This means that the team is your first priority. Your work follows. Remember our discussion on producing versus leading?

•  Inside-out leaders allow their team to bask in the spotlight of a success. The team’s success is your success.

•  And when a teammate makes a mistake, an inside-out leader is the one who assumes responsibility. Yes, even in front of clients, the department, or the entire company.

•  Inside-out leaders give generously of themselves. Take advantage of every teachable moment with every employee, and focus on growing those around you.