The Power of the Position 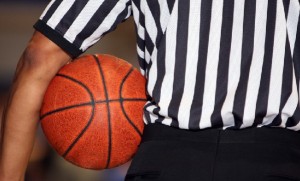 My daughter plays a lot of basketball. She’s on the school team during the regular season and plays in a league during the off season. There is a particular referee (I’ll call him Mr. Ref) who has been officiating the fall league and who has also inspired me to write today’s post.

The minute Mr. Ref walks onto the court you can sense his self-absorption. During the past few games I’ve caught myself observing him more and more. Part of that has to do with the fact that he’s always doing things to draw attention to himself, but what strikes me most about Mr. Ref is his attitude toward the game.

Mr. Ref doesn’t seem concerned with serving the players and the coaches. He doesn’t run up and down the court to stay close to the action. Rather, he leisurely walks to his position and jokes with the other refs while the girls wait on his whistle to resume play.

Mr. Ref seems to be very proud of the power he holds, and many of his mannerisms remind me of what John Maxwell calls positional leadership. Positional leaders lead with their title. They believe they are “over” their team, and they like the power of being the boss.

To make things worse, Mr. Ref is the head official and trainer of the other referees. Recently, several parents overheard him giving instructions to the other referees-in-training. He was telling his trainees not to run to get the ball, but to make the girls go get it and bring it to them. This approach is also a hallmark trait of positional leadership: the leader doesn’t believe they are there to serve the team. Rather, they believe the team is there to serve them.

I want so badly to shout, “Hey ref! It’s not all about you!” Do I really feel the ref should serve the game instead of being its authority figure? Yes, I do. I believe the refs are stewards of the game.

Your team in the office is no different than my daughter’s basketball team. And the challenges we face with Mr. Ref and his positional leadership tendencies aren’t unlike the challenges many teammates face in regards to positional leadership. No matter one’s position on the team, it is everyone’s job to serve. As leaders, it’s not all about us; it’s about the team. The coaches and officials should serve as stewards of the game so the girls can play their hearts out, just as leaders should serve as stewards of their teams so they can get the most from their teammates.