How to Build a Legacy of Leadership 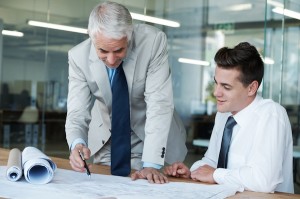 While 2010 approaches its end, it still leaves a legacy that will be remembered by the impact it created. As leaders, our legacy is no different. What we do today will determine our legacy long after we are gone.

I asked my good friend and colleague, Julie Claggett, to bring our year to a close by writing about legacy. I love her view on this subject. She is not an executive worried about legacy. She’s the beneficiary of legacies that she will choose to either carry on or not. This will be our last post of the year, as I look forward to spending the next week with friends and family. Have a merry Christmas, and we’ll see you back here on Monday, January 3.

I remember it as if it was yesterday: the moment I learned our larger-than-life leader was leaving. My heart sank. My eyes filled with tears.  And for a second or two, I wondered, how could we be what she taught us to be if she was no longer around to be our leader?

The truth was that what our leader taught us to be was exactly what we’d become. We were a smart, cohesive, passionate team that worked to challenge, inspire, and motivate each other and our company to higher levels of success. We were good at our jobs. We loved what we did. And quite frankly, we could keep doing what we were doing – and maybe, just maybe, eventually do it even better – without our beloved leader at the helm.

Of course our leader knew that. The leadership legacy she’d built in our organization wasn’t accidental. It was intentional, and it made all the difference in how we viewed her departure and our future. Looking back, here are three lessons I learned as we watched our leader build a legacy of leadership.

Rally your team around a shared vision.

Ralph Waldo Emerson once said that our chief want is someone who will inspire us to be what we know we could be. Our leader did this daily by sharing her vision for our organization and for our team. But she didn’t just share it; she rallied us around it! She challenged us to figure out how we could use our strengths and talents as individuals to help realize the big vision. At first, some parts of her vision seemed like nothing more than big ideas and big dreams, but before we knew it, those dreams became realities because her vision became our own.

Focus on building a capable, passionate, and driven team.

We all know that a team with a capable, passionate, and driven leader can accomplish great things. But a leader who builds a capable, passionate, and driven team creates a legacy that extends beyond the leader. Of course, one of a leader’s main responsibilities is to focus on the activities that support the company’s goals. However, if you don’t build a strong bench along the way by developing leaders, the great things your team accomplishes under your leadership may very well end with your leadership. Does your team seem to lose all sense of direction and purpose in your absence? Then you’re selling your team and your own leadership abilities far too short.

Know that the people are your real legacy.

All too often a leader’s success is determined by what they accomplished while in their titled role. Did they increase sales? Did stocks soar? Did the company double in size? Rarely do we pause to consider if the company was able to sustain that success after the leader’s departure. Your leadership role is always temporary, whether it lasts five months or fifty years. Know that, and coach accordingly, preparing every teammate for the day they’ll be called off the bench to step out onto the court.

The final test of a leader, according to journalist Walter Lippmann, is to leave behind in others the conviction and the will to carry on. And for every leader, that day of departure will eventually come. But for the leader who focuses on building a legacy of leadership, what the team accomplishes after the leader has left might end up being their greatest contribution.

Julie Claggett is a marketing and communications professional in Oklahoma City , Okla. She divides her time between serving her own clients at Ovation and working as part of the Midwest Media and Marketing team.