The Sacrifice of Leading, Part I 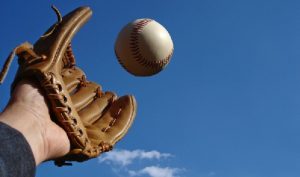 Have you ever thought about the sacrifices you have to make as a leader and teammate? One of the best examples of true sacrifice is in the game of baseball. In fact, that’s what they call it – a sacrifice. A batter hits a fly ball to the outfield knowing there’s a 99.9% chance it’ll be caught. He sacrifices his out on purpose so another teammate on base can tag up and go score.

But what the heck? Get out on purpose? Surely the player must be thinking, “But won’t that make me look bad? How will that affect my batting average? I won’t get credit for a base hit. I won’t get to run the bases. I won’t score. I, I, I…”

Not really. Not if the player is committed to the team, anyway. Chances are the player understands that, “my sacrifice means we advance a runner to position our team to score.” One player’s sacrifice brings greater good to the team.

Of course we like this kind of sacrifice, especially when it results in a win for our favorite sports team. But like many sports analogies, the idea of sacrifice isn’t always crystal clear when you’re talking about its application off the field.

In the business world, sacrifice is often referred to as “paying the price.” But what does paying the price really mean when it pertains to our careers and our role as leaders? Do we or should we have to sacrifice things to become a leader? And if we do make sacrifices, should we make them at the beginning or at end of our careers?

I believe that paying the price is simply about commitment, and it’s easy to commit to or sacrifice for something we truly care about. How committed are we to leading others? If leading others isn’t about you, then surely there is a price to pay! Leaders who are committed to putting the team and the company first are certainly making sacrifices.

Sacrifice is a commitment to a higher cause that we believe in. Just like the baseball player who hits the sacrifice fly, when you’re committed to the cause, you give up personal gain and personal satisfaction for the sake of the cause.

But you know what the really neat thing is? If you really believe in the cause, the results of your sacrifice bring you personal satisfaction, and that’s the full circle of paying the price.

This is a hot topic, and I promise I won’t leave my questions above unanswered. Check back on Thursday as we continue our conversation on sacrifice by dividing the idea of sacrifice into four leadership levels and defining the kinds of sacrifices that might be demanded in each stage of your career.