Don’t Throw the Boss Out with the Bath Water: Leadership Lessons from the FAA 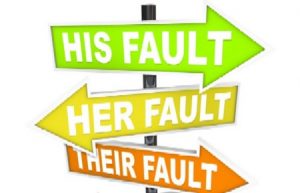 The recent resignation of the Federal Aviation Administration’s air traffic chief increased my attention to the FAA’s “sleeping on the job” story. If you aren’t up to speed on it, here is a good review of the situation.

So how does leadership play into this situation? Here are my three takeaways from this latest headline maker.

• Blame Game– Due to the media’s attention and the public’s outrage, someone had to be the scapegoat. Getting rid of the air traffic chief may put many blame seekers at bay, but it’s a surface treatment to a much deeper issue. Unfortunately, society pressures and hierarchical management styles dictate that there must be someone to blame.

• Structure and Strategy– A few weeks ago I wrote about how leadership involves both the head and the heart. This story is a great case study for that concept. Replacing the leader isn’t going to change much because it doesn’t appear that the heart of the matter is what’s broken. It’s the structure that’s broken. That’s clear because they’ve already implemented a new policy. Having a faulty structure inhibits employees and middle management from operating effectively.

• Ignoring Warning Signs – The problem of air traffic controllers sleeping on the job isn’t a new thing. This has been documented as a major challenge in the past. Why did the FAA leadership wait for a public mishap before addressing the problem? Were there too many “rules” in place that prohibited quick adjustments to be made from the ground level? And did the big boss in Washington really have to get involved to make corrections?

I guess the reason I’m blogging about this issue is because I’m just not satisfied with the air  traffic chief’s resignation. I get that it was a quick political move to show that the situation is being addressed. But I need more because after the outgoing chief is replaced,  air traffic controllers will still get sleepy at night. So how will the change in leadership help? It won’t unless other changes are made. As someone who travels quite often, I’m thankful that looks to be the case.

What Every Leader Should Assess in Their Organization

1. Do you have a system in place that allows your leaders to make decisions at their level?

3. Is your system and your process so rigid that employees have to complete a mountain of paperwork before making adjustments or personnel changes?

4. Do you wait for outside pressures to force change?

I realize the FAA’s air traffic control problem is way deeper than it seems, and I don’t want to appear judgmental because I don’t know all the facts. Most of us only know what the media has told us. But this current event is a great example that we can learn from, and I always prefer to learn a lesson from someone else’s challenge or crisis instead of having to learn it from my own experience.