The “Instances” That Form Our Leadership 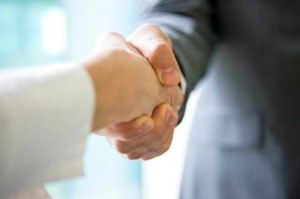 Another great guest post by Brian Cole. Thanks Brian!

I think on the journey of every leader there are instances that direct our course and shape us into our current leadership state.  Those instances (at least for me) can always be directly associated with a person, people I now realize who are partially responsible for where I am in the journey. Here are four instances and individuals that come to mind as I talked through trying to help a dear friend and colleague move forward in their own journey.

1. Akemi.My wife now (my over-zealous girlfriend at this time) insisting that I prepare a resume and go to career day during my senior year at college. I complained and resisted, but she wouldn’t have it. “Who cares if it’s a waste of time?! You don’t know unless you go,” she said. So I went. And it was pretty lame except for this one company. The representative passionate about what she represented. When I saw Akemi later I told her, “Can you believe there’s a company that focuses solely on teaching and growing leaders? That’s really cool!” Some guy named John Maxwell founded it. Little did I know that I’d be moving from Virginia to Georgia a few months later to join his team.

2. Rodney. About a year into the job an opportunity came up that would take me away from my entry-level warehouse position to a position in another department. I liked where I was and what I did, so I didn’t pursue the opportunity too hard. Rodney knew the opportunity would be a great fit for me, and also offer me the opportunity to grow. “Listen son,” he said. “You need to think about your future. You just got married, not to mention that this new position is with a great leader and manager who will stretch you.” Finally Rodney told me that I needed to grow up.

“I know you have fun over here, but this is NOT what you were made for.” I took the opportunity, and Rodney was right. About everything.

3. Chris. On my first trip to one of our organization’s events, Chris, my next boss, asked me to walk with him. I had asked him what he did as the leader of the event since the team obviously knew what they were doing. He told me that leading didn’t always mean being in front, but it is ALWAYS about serving. This was another team member’s event to lead and he was there to support in whatever was needed. I watched him push pallets, move boxes and serve anyone he could. I witnesses why he had so much influence with the team.

4. Linda. If you’re reading this blog, you at least have a glimpse of who Linda is. When she came to our company, one of the first conversations we had was about how we both had a problem with authority! I don’t know why in the world I would tell the new COO that, but I think it made us kindred spirits from the beginning.

Linda challenged me to confront the reason I had avoided a leadership position for so long. She had observed enough to know I had influence within our company but saw reluctance in me to step out. She not only challenged my perspective, but she suggested that my problem with authority was actually making me avoid a position of authority. Instead, she said, I should help rewrite what authority would mean to someone else. I could decide what kind of leader I would be, and she liked the fact that I was concerned about position. She said the best leaders were those who were feared the power of authority because they were less likely to lord it over people. She pushed me over the next year or so to grow myself, and because of those conversations I get to help shape others’ view of positional authority by being the best servant leader I can be.

It’s amazing looking back – there are quite a few others I can point to from childhood on: Mike, Michael, Davis, Todd, Jim, Wayne, Mark, Brad, Richard, Reggie, another Mark, another Brad, John, Steve, JL, Kevin, Robby… They’re literally just a top of mind group that I could give a story – an instance – from each one that pushed me, and helped me grow as a leader.

I want to challenge you to stop and write down names of those you have stories, or instances, with. It will make you appreciate those who have gone before you or stood by you on the journey. And it may challenge you to surround yourself with those who will push you.

Never settle for friends or leaders who don’t expect you to be the BEST you, and ALWAYS be aware and ready for the next “instance” in your leadership journey.

Brian Cole is works as the production manager at GiANT Impact/Catalyst where he’s worked since 1999. When he’s not serving others or working with his dynamic team at work, Brian enjoys watching movies, running, reading, spending time with his wife and three children, and doing pretty much anything outside.