Unsinkable Leadership Lessons from the Titanic 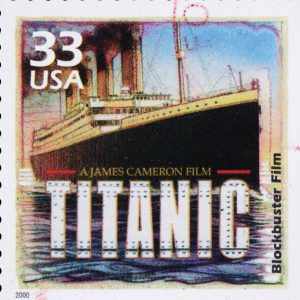 If you’re like me then you’ve seen the movie Titanic more than once and, last night I found myself watching it again with my daughter, Jeri. It’s one of those movies that even though you know how it ends; you can’t help but keep watching.

While some parts of the movie I’m sure have been embellished, I couldn’t help but notice the many leader similarities that the titanic mishap has in common with challenges we face in business today.

Here are some I connected with:

What you see is what you get; however it’s what you can’t see that causes the damage.

You know the phenomenon of the iceberg. Only ¼ of it sticks up out of the water. The other ¾ is under water and is much larger than what is visible to your eye. It’s what is not exposed that is the most dangerous part.

What challenges are ahead of you in business today? Perhaps, like the iceberg, you are able to see small issues but they don’t seem very dangerous.  Many times leaders ignore the small warning signs thinking they are short term or unimportant to their future growth.

Some of the most common iceberg danger signs are; declining employee morale, lack of common purpose or vision, lack of sales passion and activity, performers leaving your company, questionable water cooler talk and/or teammates non concern about showing up late and leaving early. These are simple examples of items that you can see on the surface, yet underneath, what you can’t see, are larger issues that will damage the success of your department, company or leadership.

Does image drive your decisions?

If the Titanic could reach her destination earlier than planned it would have been a fabulous media story. Ego and self-serving actions changed the original strategy for the Titanic’s voyage and decisions made were driven by image (how good we’ll look) vs. what was best for the people.

Being overly concerned with image also resulted in lowering the number of lifeboats on the Titanic. Leaders feared it made the ship “look” too cluttered.

Image cannot be the driving force behind making decisions for the company.  As company stewards, leaders have to put what’s best for the company first when deliberating on decisions. Anything different, candidly means the leader isn’t fit to lead the company, division or team.

Who on your team has the passion to inspire others?

Like most women who watch the Titanic movie, I love the character Jack Dawson played by Leonardo DiCaprio.  He had an incredible amount of passion. He had dreams and vision that kept him living large and the character was able to inspire others with that spirit to believe and achieve. Every team needs a Jack Dawson. Someone who has the passion to inspire others about the voyage they are on. Most of us want a career with purpose not just a job with a paycheck. Who’s your Jack Dawson?

Do you have levels of class in your company?

The largest percentage of Titanic survivors came from first class passengers. Wow! Giving (or taking) privileges because one is considered a separate class of people is something I’m sure we all grimace over. Yet it happens in companies every day.  There is huge temptation for the titled to become entitled.  This creates an environment of second-class workers and first-class executives. When titled leaders become the exception rather than an example, then you have succumbed to tiers of classes within your organization.

Well, I’m sure if you watch the move Titanic again you’ll find it’s way more than just a chick flick! It’s actually a great leadership movie. Ha-ha. And yes, I cried at the ending AGAIN! Let’s hope I don’t cry at the end of my leadership story!