One Important Job: Preparing Your Team to Lead Without You 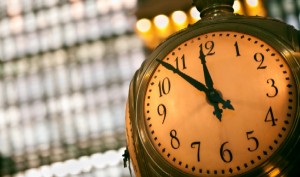 We all heard the big news last week that Steve Jobs has resigned as Apple’s CEO and that Tim Cook, their former COO, will take over as CEO.

I’m sure a million questions went through all of our heads as we heard the somewhat surprising news. However, I doubt the news was a surprise to Jobs and Apple’s board. It has been widely reported that Jobs had built a very strong bench of leaders who clearly understood his vision.

The news of Jobs’ stepping down should force many of us to think about our own succession plan. While we don’t run or maybe even work in a company as large as Apple, it doesn’t change the fact that we too should have a succession plan in place.

What’s your plan if you should suddenly be unable to lead tomorrow? And I’m not just talking to founders and CEOs. If you are leading a division, you too should be thinking about preparing your team to lead without you. After all, how else can you be selected to a higher level of responsibility if you aren’t being responsible in grooming your next leaders who can easily step into your role if you get the call?

There seemed to be no question as to who should take Steve Jobs place at the helm. Tim Cook knows the vision, goals, and direction that Jobs was taking the company.  Time will tell how well he can follow through on what he has been groomed to do.

Here are a few other items to ponder as we relate this story to our own business success.

One of the most challenging emotions to overcome is that fact that we’ll all be gone some day. Charismatic, always-make-it-happen founders have the hardest time with this, as they don’t want to accept that they won’t be around forever. They have been the ones making it happen since the organization’s inception, so they must continue being at the helm. It takes a lot of selflessness to prepare your company for your departure. To not do so can be viewed as selfish because the decision to not plan for one’s eventual departure doesn’t really damage the founder, but it does damage the future of the company and the employees who have tied their career there.

It takes a stronger leader to follow a strong leader’s place.  If the departing leader has groomed you, then your attention for being consistent to the vision and direction will be crucial. If, however, you are new to the company or team and you’re replacing a strong leader, you’ll also be replacing relationships, knowledge, energy, strategy, vision, and so on. This takes time and patience on everyone’s part.  It’s because of this that many fast-growing and sustaining companies groom and have an internal successor plan.

As an iTunes, iPhone, iPad, MacBook, and 48” desktop Apple junkie, I don’t necessarily like Steve Jobs departure. But as a leader, I’m intrigued to see how Apple’s leadership team will sustain Jobs’ legacy and vision.