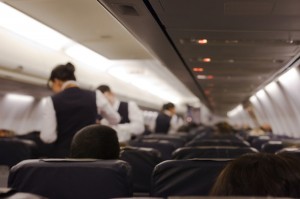 Typically when I fly, I put on my earphones and get my laptop out. It’s a great time for me to just chill out and get work done. Surprisingly, I’m really not that social on airplanes but for some reason on a recent trip I struck up a conversation with an older gentleman sitting next to me named Daryl.

Daryl has been retired for a while but had quite the career, spending 35 years at corporate Coca Cola. I immediately realized what an opportunity this flight was going to be for me. I closed my laptop and put my earphones back in their bag. Daryl and I both ordered coffee with our bisque cookies and I was ready to take notes from someone who I perceived was a man full of wisdom. Daryl didn’t let me down!

He shared different stories about his career. I asked Daryl, based on his experience, what he thought were the top three attributes of good leaders. Without hesitation he listed these three:

Isn’t it great to hear this? These three items are no different today. Don’t we still want to follow someone who is competent, who listens and cares about our opinion and who will serve us in a way that is helpful to our growth? Daryl is a traditionalist, I’m a baby boomer and most of my colleagues are generation X or younger. Yet the leadership principles that we all want are the same, they are timeless. Leaders come and go but the key principles to being a good leader do not change.

Daryl made an interesting comment about people who climbed the corporate ladder. He said, that leaders listened less when they went up the corporate ladder. They seemed to associate their title with a newfound ability to be right all the time. Some became know-it-alls and didn’t seek other people’s opinions anymore. Over time they became less competent and less respected.

If you are a person with a title or an emerging leader getting promoted… take note of what Daryl just said and stay self aware of your ego.

My conversation with Daryl continued for over an hour. We laughed and learned a lot about each other and our opinions on leadership. I felt I might as well go for a confrontational question regarding women in leadership. Keep in mind Daryl’s generation only saw a few women in key leader positions so I was interested how he would craft his answer since it was a woman he was talking to.

I asked Daryl what he thought about women in leadership. He looked at me and grinned, (luckily I’ve seen that same grin from my daddy so I knew there was a smarty-pants answer coming)… he said, there’s not a place for them! I held my composure as my fist swung across the seat directly into Daryl’s chest. Ha-ha. We laughed and then he went on to tell me about his experience working with women. A wonderful story about Mary, an employee who was very smart and respected. Her influence was ever-present yet she didn’t even have a title. She later made it to a key leadership role and won many awards. Daryl also shared a discomforting story of a woman who I would classify as having a “chip on her shoulder.” It was an amazing story with a not so happy ending. These two women in Daryl’s generation had the same opportunity. One earned success through influence and hard work, the other felt it was owed to her and unfortunately alienated others, which led to a lack of influence. But this isn’t a woman mishap; it’s a leader mishap. Many men have fallen into the same ego temptations.

When our flight landed, Daryl ended our conversation with a wonderful compliment by saying, Linda, I would have hired you back in my day to teach us a thing or two about leadership.

Want to know something funny? I didn’t teach him a thing; I just listened and asked questions. That’s your sales tip for the day.