Winning at the Expense of Others? 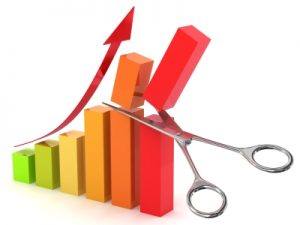 I love to win. But winning means someone has to lose. Right? That’s just life. But what if you win due to the failure of another?

Here’s what I mean:

Now, don’t get me wrong. I’m a competitor, a former athlete who was blessed to have my college paid for with a basketball scholarship. I understand that a game isn’t won or lost on the last free throw, but competing for the win is always more fulfilling if it’s my team who made the free throw or putt to win versus the opponent missing. It’s a fulfillment factor.

Let’s take this topic into the corporate world…

Do you feel it’s a win for you if one of your peers fails? Does it make you look better when others don’t perform well? What if the boss scolds one of your teammates for a mistake? Are you glad it’s not you? It’s an easy temptation to fall in and over time it can damage the trust within your team and company culture.

Here are a few mishaps that sprout from this type of environment along with some suggested ways to overcome them.

Imagine this. You’re sitting around the table with all your peers and the boss says, “best idea wins.” Sounds good, seems to make sense… but if an idea wins that means several others lose. This stagnates creative thinking because people are thinking of the winning idea instead of building on each other’s thoughts.  The winning idea should be an accumulation of everyone’s thoughts. Very seldom does one person have the best idea

Being afraid to fail will lead to less risk taking, less innovation, and create an environment of low standards. After all, low standards are easy to meet, so the odds of failing are minimal.

Every failure has a learning opportunity in it. Teach your team to dig out of failure by finding the learning moments. By doing that, you mentally redefine failure into learning and experience. This creates an environment where people aren’t afraid to try new things or speak up about new ideas.

There are some who feel that hiring someone as good or better than them may lead to competing for future career opportunities, so it’s safer to hire weak to ensure they remain looking the best. Hiring great talent creates a wave of intensity that lifts all levels of talent.

In many cases, a little healthy competition in the workplace can be a great thing. We want our business to be able to compete with our competitors, and even some fun, good natured competition within the team on things like production or customer service can be a great motivator. However, trying to look good in the boss’s eye by wishing the producers on your team weren’t so good at their job is an unhealthy way to achieve favor. Instead, seek those high performers out, learn from them and see if they will mentor you. Focus on bettering your skills instead of  lowering the standards so low performance is accecptable.