Conflict or Catastrophe: The Importance of Having Critical Conversations 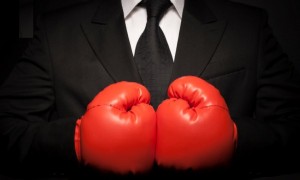 Question: What’s small in the beginning yet grows the more it’s ignored? Here’s a hint: this same thing chases you if you decide to run from it.

One of the most common types of conflict we tend to ignore most is the ever-unpopular critical conversation.

Here’s the crazy thing: the easiest time to deal with conflict is when the issue first shows itself. Unfortunately, so many leaders decide to put off having a critical conversation with a teammate. What’s the result? Not only does the issue not go away, but it festers and grows until you’re finally forced to have the dreaded crucial conversation.

By choosing to not deal with conflict early on, we are choosing to make our jobs harder in the future. Conflict never goes away. It only grows to a harsher, sometimes catastrophic level. Consider the stages of conflict as described by John Maxwell:

1. Remedy Stage: The problem is recognized and there is disagreement on how to solve it. However, the parties believe it can be solved and are committed to solving it. Honest communication is vital at this level.

2. Repositioning Stage: The focus shifts from the problem itself to “protecting myself.” People begin getting nervous and start generalizing everything. The level of trust is low, and communication is cautious and unclear.

3. Right Stage: At this stage, things really begin to break down! Accusations begin to fly, and sides are taken. The focus shifts from solving to winning, and communication becomes very distorted.

4. Removal Stage: The goal at this stage is no longer resolution; it’s divorce. At this level people divide into distinct camps, and trust is gone.

5. Revenge Stage: At this point, the conflict is completely out of bounds, and people feel that it is immoral to stop fighting.

Clearly, the longer we wait to deal with conflict the more difficult it is to stop the negative momentum of its growth. It’s a shame to think that all we needed to do to prevent the conflict from reaching a fever pitch was face it at its earliest occurance, which is also the easiest point where it can be resolved.