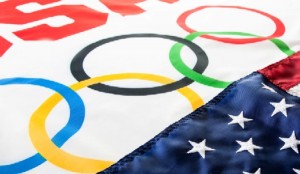 It’s Thursday quote day, and if you’ve been following the Olympics this week, you couldn’t have missed the news and the debate about USA gymnast, Jordyn Wieber, failing to compete for the all around title after finishing behind two of her USA teammates, since the rules stipulate that countries can only have two gymnasts in the all-around finals. Part of the debate had to do with the order in which the individual USA gymnasts competed, with some questioning why Wieber didn’t go last on the floor exercise, since apparently judges often give higher scores to the final performer in an exercise. Here’s what Bela Karolyi had to say about team coordinator Martha Karolyi’s lineup order:

According to Bela Karolyi, Martha Karolyi said of the decision: “I protected the team before anyone.” Bela Karolyi goes on to say, “I think she’s right in a way…The team gold is very important. It shows the power of the nation. I can accept that.”

I love this quote, which brings two great lessons to mind for me:

A win for the team is more satisfying than a win for the individual. An individual win shows the strength and talent of the individual, but as renowned coach Bela Karolyi pointed out, a win for the team can showcase the power of an entire nation. If you’ve ever played team sports or successfully pulled off a team project, you understand firsthand what this means. The win is always more rewarding and satisfying when you worked together with your teammates to accomplish it.

I think you’ll agree that even as a spectator, it was very a satisfying and rewarding moment to watch Wieber and her four teammates overcome their challenges and work together to win the team gold! Are you willing to make the necessary decisions for the good of your team?