The Best Player vs. The Most Valuable Player 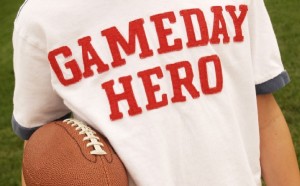 So I started a conversation on Facebook a few weeks ago, and I can’t stand not to dig a little deeper into the subject.

On New Year’s Day, two sports commentators were debating over who the Most Valuable Player (MVP) of the game should be. One of the commentators made a great statement that caught my attention: “MVP doesn’t represent who the best player is; it’s about who’s most valuable.”

What a great discussion! What do you think? What is the difference between being most valuable to the team and being the best player on the team? They are both crucial to the team.

Here are some synonyms that describe both words:

Responsibility Levels of Valuable vs. Best

Think about the mindset you need to have if you know you are responsible to be the best player or the most valuable player.

Best players have a huge amount of responsibility to perform and to produce. We need them to score, to close deals, to hit deadlines, to show up, to set records, and to beat the competition. Right? They have the pressure to perform! It’s about them and their individual contribution. Give them the ball and let them run. They will take control and most times will not let you down.

Most valuable players, on the other hand, have the responsibility to make sure there is a win. If they need to perform they will, but they might not be the best. They will take it on if there is no one else who can. Many times they serve towards others performing better. They make sure “the best” get the ball and usually they inspire the team to perform higher. They are passionate encouragers. They are competent. They are consistent. They are influencers, and others find courage in them.

If you want to be the best you have to hire and retain the best. However, it is also vital to create a culture of MVP players who are able to bring out the best in others.

I’d encourage you to consider the following questions this week as you assess your role as a Most Valuable or Best Player, and the contributions you’re making to your team.