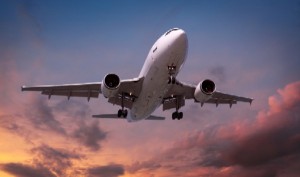 A friend and colleague of mine worked at Continental Airlines for many years, with some of those years spent under the leadership of Gordon Bethune, the CEO who helped bring Continental back from the brink of yet another bankruptcy in 1994 and turn it into a thriving airline known for happy employees and satisfied customers during his 10-year tenure.

One of the mantras this individual said Bethune often reinforced with employees during his time there was that, “Bigger isn’t better. Better is better.”

This, from a leader in an industry where the past few years have resulted in several mergers as carriers leap frog one another to form a new “world’s largest airline.”

Yet, there are some things that bigger doesn’t guarantee.

You don’t become the best by becoming the biggest. And if you neglect your team, your customers, and your values on your way to the top, if you do achieve the “biggest” you won’t stay there for long.

Try it the other way around. Motivate and inspire your people to want to be better. If you can accomplish that, the big will come.