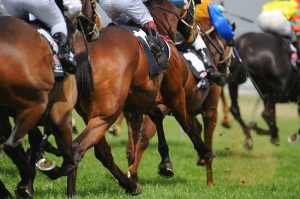 Like most everyone else who follows the Triple Crown races, I was rooting for California Chrome to win the Belmont Stakes this past weekend. I like that he started out this season as an unknown, but two men believed in him. His journey became an exciting one to follow!

I’ve always been one to believe in the underdog. When I was young my daddy and I would watch football together. I’d ask him which team was supposed to win. He’d tell me, and then I’d start rooting for the other team. Ha! I unconsciously carried this same underdog belief into the business world. I love finding producers who have potential to be excellent leaders, but it takes more than just cheering and rooting for them to realize their fullest potential.

Here’s what I’ve learned through many years of grooming emerging leaders.

Grooming leaders is a full-time effort. You can’t touch and go. Stay with them because your biggest investment is your time. Don’t wait for them to come to you with a situation. Seek them out. Be intentional so that their learning is proactive rather than reactive.

Be firm, but also forgive.

Don’t give up too early when it becomes challenging (and it will become challenging). Making the transition from being a single producer to a team leader can be frustrating for both the leader and transitioning producer. Forgive the small stuff, but be firm with the big stuff.

You cannot groom an emerging leader without caring for them. You also can’t teach them without being candid. You create leaders by being straight up and insightful on areas of improvement.

Now, for those underdogs seeking to lead others, a few pointers for you.

Leading is about serving, not ruling.

Leadership was never intended to be a monarchy. You are not royalty. You are a peasant with potential. Honor and serve others so they too will want you as their leader.

Smart leaders are never the smartest people in the room. Smart people debate about being right even when they’re not. Smart leaders debate while learning so the best decision can be made.

So many producers kill their leadership career on this sticking point, so let me be very blunt: If your teammates don’t care for and support you as a producer, then it will be impossible for me to groom you into their leader.

You must balance respectability and likability.

Leaders set standards and keep attitudes driving toward the desired culture. Getting this accomplished is not always popular. Make sure you are clear on the standards and culture your leader seeks. Then hold yourself and others to that standard. Don’t set yourself apart. You too are seeking this standard and culture.

Finally, here are five non-negotiables that I use to determine whether I should invest in grooming an underdog.