Stand Beneath the Weight of Your Actions and Decisions 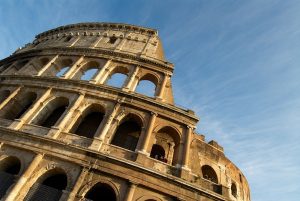 The ancient Romans were masters of architecture, and according to Roman legend, they were also quite adept at taking ownership of their decisions as well. It has been said that when an arch was near completion in ancient Rome, the Roman engineer responsible for designing and overseeing the construction had to stand directly beneath the center of the arch as the capstone was put into place. His standing there symbolized – both figuratively and literally – his willingness to stand beneath the weight of his decisions.

Would you lead, act and make decisions differently if you knew that you would eventually be the sole person accountable for the full weight of what you did or decided?

I think for almost all of us the answer would probably be yes. Here are six actions each of us can take to stand beneath the weight or our own actions and decisions.

At some point, ownership cannot be transferred, handed off, delegated or rolled over to the next department or teammate. If the challenge happens inside your company, it becomes your challenge to help resolve. Take initiative and own it.