5 Actions for Leading a New Team 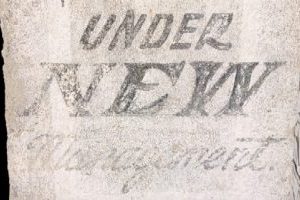 Are you preparing for or in the midst of leading a new team? Leading a new team can be a challenge, but the same can be said for the existing team who’s getting a new leader. So how can both parties get off on the right foot? Here are tips from some of my real-life experiences.

1. Remember you’re starting out at Level 1.

No matter how awesome of a boss you were at your previous job, your new role with your new team puts you back at Level 1. This means you are leading with your position. At this level, people will follow you only because they have to, not because they want to.

2. Invest time with the team.

When I began a new leadership position at a former employer, I didn’t know anyone, and no one knew me. I had a new team, and they had a new leader. I kept a journal during that time, and when I was recapping my first few months in my new role, I made note of several people-focused actions that were effective. They included:

3. Learn from your team.

No matter how much you know about your area of expertise, your teammates are your teachers! Ask questions and listen like crazy! You don’t have to agree or solve any issues immediately. You are in the learning stage. Ask them to teach you.

4. Remember, you have six months!

In the first six months of our new leadership role, “what” we say is very important, and people will follow based on that. However in the next six months, people are looking for what the leader does. So, if you’re a new leader, you’ve got a free ride of respect for the first six months; after that, your team will look for action and performance.

5. Make your own evaluations.

Because leaders have different leadership styles, they attract and connect differently to followers. Likewise, people perform differently for different leaders. That’s why you should never allow the former leader to give you his or her assessment of each teammate’s abilities. As the new leader, you will need to quickly assess on your own. A current-day problem employee may become a star performer under a new leader.

I have been fortunate to be a new incoming leader for several new teams in my career, and I can honestly say that I have enjoyed the outcome in all of them. Each had emerging leaders ready to be challenged and each experienced significant growth. As a new leader, remember that you can make a difference, but you must make it through your team.