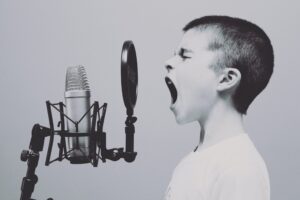 Each of us can learn to debate effectively – and sometimes we learn how to do something well by understanding the mishaps we need to avoid. Below are five debate mishaps that will harm your ability to effectively influence others through debate.

The minute you go after “the person” rather than “the topic” is the minute you have lost your ability to effectively debate. You’ve also likely lost the respect of others in the conversation. How do we make it personal? By judging someone’s character, making sarcastic digs about them as person, downgrading their intelligence based on their opinions, and making passive aggressive comments in a effort to cause hurt.

When you make it personal, you might as well say, “I’m angry because I don’t have the upper hand in this debate. Since I can’t “win,” I’m going to lash out and hurt you.”

Debating should be a calm process. You can be passionate, but you must be able to explain your position in a way that makes it easy for the other person to listen to you. Talking loudly, talking over the other person, spitting when you talk, leaving the room angry, interrupting, and crossing your arms all divert the focus from the topic to your anger and frustration.

We know others aren’t interested in truly learning when they interrupt, refuse to listen, only focus on their own responses, and don’t allow the other person to speak.

STOP IT! The other person is not your enemy. If you don’t like what they stand for, then lift up the advantages of what you stand for. If your plan is better, then discuss the positive attributes of your plan, not the alleged stupidity of the other person’s plan. Poor debaters spend all their energy tearing down or insulting the other person’s view instead of communicating the strengths of theirs. Focusing on your point-of-view’s merits in the face of criticism takes courage. Hurling insults via social media is weak. Build your case instead of downgrading theirs.

Mishap #5: Hate instead of Debate.

I was inspired to write this post due to the social and political hatred we are witnessing each day. It seems that the fine art of healthy debate is gone and instead we just throw shade (LOL, I learned that phrase from my girls). Let us realize that we each have our own belief system. So, let’s allow our beliefs to influence rather than insult.

Debate instead of hate, and you may find yourself growing into a person of influence.